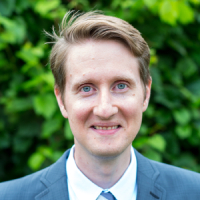 Julian Schulz is a long-time advocate for progressive causes, including supporting and expanding public healthcare, addressing socioeconomic factors that lead to poor health, and harm reduction. With respect to the Covid-19 pandemic, Julian is calling for increased support for our health care workers and the well-being of Albertans over political agendas and economic imperatives.

Julian was touched personally by the opioid crisis in 2014 when his brother Danny died of an accidental fentanyl overdose. At that time, he was unfamiliar with the evidence-based treatments for opioid use disorder, safe supply, supervised consumption sites, and the overdose-reversal drug naloxone that could have saved his brother’s life and those of countless others. Sadly, deaths from opioid overdoses are higher today than ever due to failures to introduce and expand access to these life-saving measures.

Julian is Chair of the Good Governance policy sub-committee of the Green Party of Alberta and Chair of the Edmonton chapter of Fair Vote Canada, an organization that advocates for proportional representation. He has a Bachelor of Arts from the University of Alberta and a Master of Library and Information Science from the University of British Columbia. He lives with his wife Eva and dog Whisky in Edmonton.

Send a message to Julian Schulz