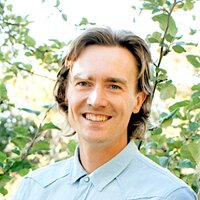 A multiple Rosie Award nominated Film-maker, former community member of Edmonton’s NextGen Committee and owner of Greenhaven – Jordan has spent the better part of a decade engaged in civic issues throughout Alberta. As an early pioneer of social media activism, he gave an influential speech at the World Congress of Local Governments for Sustainability (ICLEI) in 2009, pushing for closure and redevelopment of the airport in downtown Edmonton. Those public lands in the core of the city are now being transformed – increasing density and livability, while reducing long-term sprawl into precious Albertan farmland.

Jordan understands that how we build, feed and grow our communities is key to switching off the economic boom to bust cycle. From the Pine Beetle scourge to crop failures, changing weather patterns have already impacted our province. As Agriculture and Forestry Critic, he believes the GPA can elevate the discourse above the current left-right distraction and help build a future of ecological and economic balance that benefits all Albertans.

Since 2015, he has operated Greenhaven, a large community garden and berry U-Pick near Beaumont that boosts food security in the local region. Greenhaven has built relationships with local farmers to implement natural soil-building measures and is working towards establishing a food forest and permacultural training centre. As a new father, and proud Albertan, Jordan is passionately driven to help create and scale solutions that will leave a more secure and resilient province to thrive in.

Send a message to Jordan Schroder